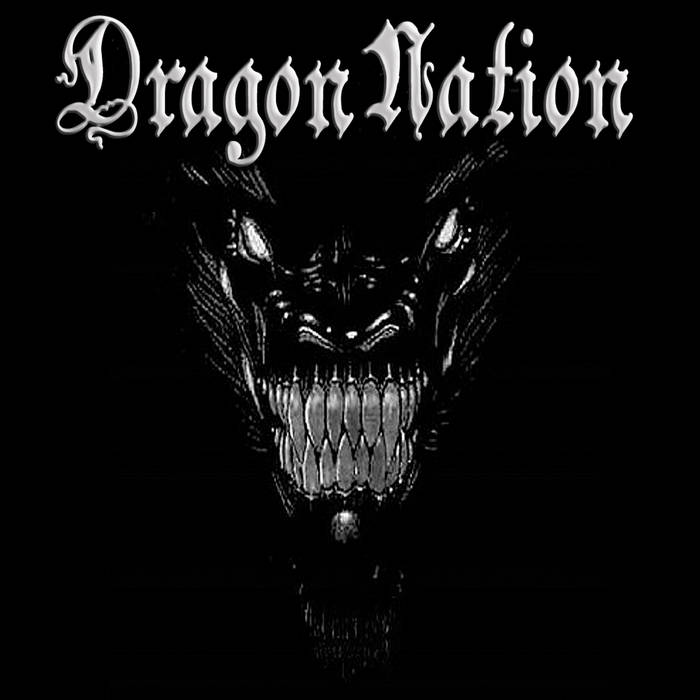 For physical cd only,
does not include digital mp3 album...

Buy the complete album or individual songs on
Itunes, Amazon or CD Baby...

Dragon Nation is a new metal band formed in the greater Montreal region,
but in fact the band members themselves are not at their first moves on the Quebecers metal chessboard.
Indeed many of these members are from different groups of the 80s and have a very high musical expertise.
The style proposed here is very different from what we usually see or hear in Quebec,
that is to say, their neoclassical metal Yngwie Malmsteen feel.
Which means its takes talented musicians to officiate in that style.

It all starts with the song Victory and at the first notes, we immediately recognize the Malmsteen vibe.
High guitar acrobatics, very dynamic rhythm, and a truly surprising and beautiful voice.
The guitar solo is sublime. A beautiful piece of music to start the journey.

Closer to the Edge starts with ocean waves sounds and following this, it starts faster than the previous one.
The still captivating voice brings a nice dimension to the song.
On the musical side, no complaints, the song follows the rhythm imposed until now, that is to say, a nice blend of power and neoclassical flavor.
The guitar, always omnipresent, is a breath of fresh air.

The Creature Within starts darker and slower. On this song, one can feel even more Malmsteen vibes with all the depth of the guitar work.
The rhythm dictated by the drums is very effective.

Wicked Path of Destiny is significantly faster in pace, one could almost categorize this one as power metal with high flying guitar performance.
I remain captivated by the voice which is still really beautiful. Again the guitarist shows us all his talent with his dexterity on the fretboard, bringing us a ton of notes.

Dragon Nation is the title track of the album. Nice rhythm held by the drums and bass.
A very dynamic song, all instruments are involved and still a beautiful incorporated voice throughout as well as majestic guitar playing.

Eternity begins acoustically and shows a less heavy and slower mood. This is the ballad of the album.
It's easy to get carried away by the atmosphere which emerges from this song.

Symphony of Fire brings us back down to earth. A powerful and really rhythmic song.
Clear and high pitched vocal melodies, always omnipresent guitar.
The rhythmic side is leading.

Burning Skies, back with an upfront and well executed guitar performance. Rhythmic based on double bass drum, has the strength to make you move without noticing.
This is an entirely instrumental piece and we can hear and feel all the talent of the guitarist, a track with a great atmosphere.

Ashes of War is very atmospheric, led by keyboards and guitar, much slower and darker, though the rhythm easily carries away the listener.
This chapter is also completely instrumental.

It all ends with Widow Maker, a powerful song with guitar playing that made the mark of this album so far.
The voice is still breathtaking due to its power.
A great way to end an album.

It is easy to recognize the 80s & 90s Yngwie Malmsteen style except that it's no pale copy of it,
on the contrary Dragon Nation brings some freshness to this style that is not widespread .
The group knew, with all his talent and musical background, how to put out a very high quality album.
The guitar work is simply sublime with quality solos.
The atmosphere generated by the keyboards also adds another dimension to the sound and atmosphere of the album.
And what else to say about the vocals, a beautiful voice that can be just as sweet as it can be powerful.
On the percussion side, bass and drums are very well done and provides just enough to the style to make it even more powerful.
Dragon Nation brings a breath of fresh air, and after listening to the album one can easily realize all the talent that these members have.

I highly recommend this album to any fan of power metal, heavy metal, but also to all those who have grown up with the 80s neoclassical metal.
The production is solid and the 10 songs part of this album are simply a delight to listen to .

Bandcamp Daily  your guide to the world of Bandcamp